This weeklong cruise is one of Viking’s newest itineraries, and considering this is only the fourth run that Viking Sun (and Viking Cruises) have made to Cuba, there is a serious level of planning and polish to this itinerary that typically only comes after multiple journeys.

Whereas most cruise lines call on Havana, Viking Cruises does things a little differently on its Cultural Cuba runs. The 2017 itinerary calls first on Key West, Florida (which we had to skip due to a rare bout of adverse weather) before heading to Cienfuegos, on Cuba’s southern coast. Here, it spends three days at anchor, shuttling guests back and forth to new adventures in Cienfuegos and beyond.

At first, this seems like a disadvantage to docking right in Havana. But the call on Cienfuegos allows Viking to do a number of things. 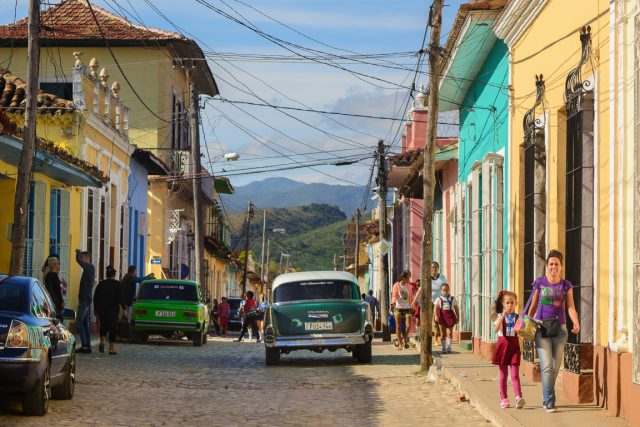 Cienfuegos serves as a jumping-off point for Viking to tour other nearby locales, like the UNESCO World Heritage Site of Trinidad, Cuba. Photo © 2017 Aaron Saunders

Firstly, the process for clearing customs and security formalities in Cienfuegos was faster than I’ve experienced on cruises docking in Havana, with a little over half an hour elapsing between the time I left the ship and the time I stepped aboard the coach for my first tour. In Havana, I’ve had to wait anywhere between one and two hours on the first day of arrival for formalities to be completed.

You can also exchange money right at the pier, from US Dollars (or Euros or Canadian Dollars) into Cuba’s traveller-approved currency, the CUC, or Cuban Convertible Peso. Pronounced as kooks for short, the exchange rate is a bit iffy; I felt I got screwed on my Canadian dollar exchange and a quick Google search back on the ship confirmed that I did. Chalk it up to the cost of visiting Cuba and don’t let it stress you. The rules are different here. 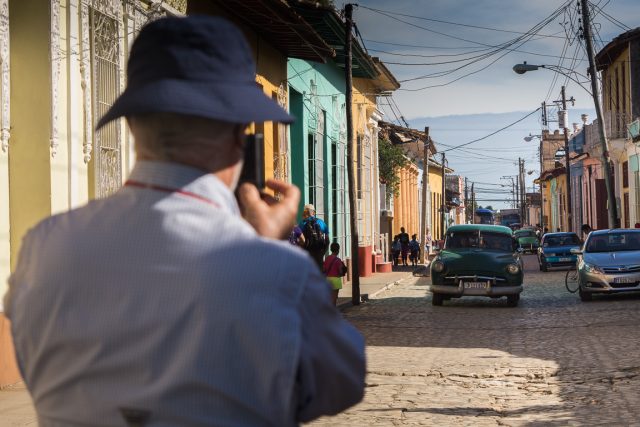 In Cuba, all of Viking’s shore excursion offerings are complimentary. Photo © 2017 Aaron Saunders

Every one of Viking’s excursions in Cuba are provided complimentary, from the walking tour of Cienfuegos to the full-blown, day-and-a-half tour of Havana that includes an overnight stay in a five-star hotel and a performance at the famous Tropicana Cabaret.

The real advantage to docking in Cienfuegos is just how much of Cuba you can see. Viking offers two tours to Havana (a full day tour lasting 12 hours and an overnight tour), a visit to the UNESCO World Heritage Site of Trinidad, Cuba; and tours that take place in and around Cienfuegos itself. 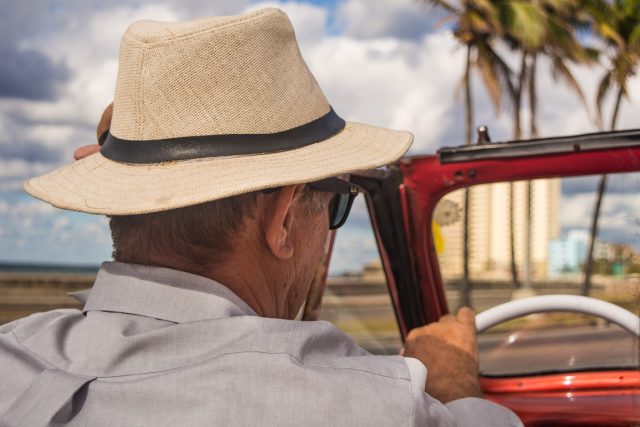 In Havana, both of Viking’s shore excursion options – full day and overnight tours – include a ride through the city…Photo © 2017 Aaron Saunders 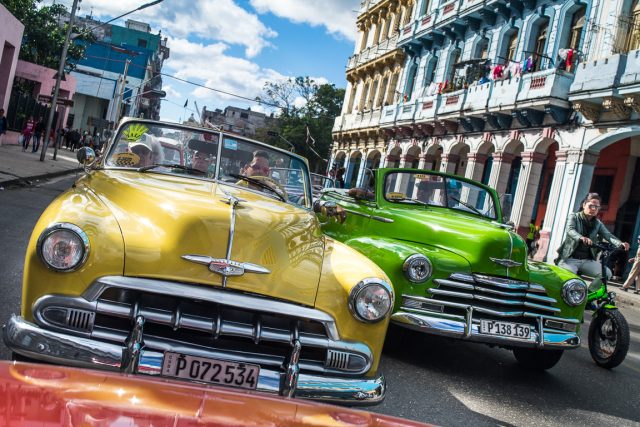 Rather than seeing one part of Cuba, Viking’s cruises provide the opportunity to see three distinct regions; not to mention the diverse and interesting countryside.

Bringing a Touch of Cuba Onboard 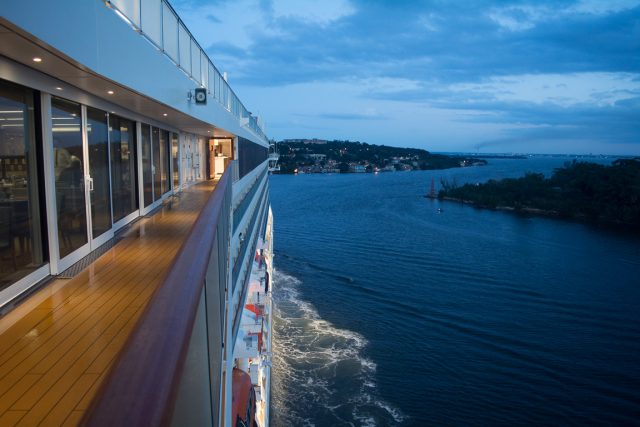 Viking includes plenty of lectures and insight into the history and life in Cuba on its voyages to the island nation. Photo © 2017 Aaron Saunders

I was also pleased to see that Viking brought a touch of Cuba to its onboard programming aboard the Viking Sun. This included destination-specific movies, like Our Man in Havana, as well as locally-inspired cuisine options added to nightly menus in The Restaurant.

The highlight, though, was a striking performance by Cuban entertainers from a group called El Guajirito that featured musicians from the legendary Buena Vista Social Club. 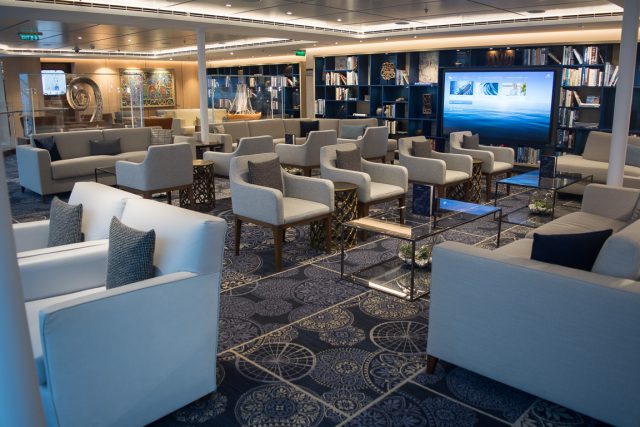 Viking Sun is Viking’s fourth, and newest, oceangoing ship. Carrying 930 passengers, she is largely identical to her sisters, Viking Star, Viking Sea and Viking Sky. Next year, she’ll be joined by Viking Orion, soon to be the fifth ship in Viking’s fast-growing ocean fleet.

Viking Sun reflects the same interior décor and style as her earlier sisters, with thoughtfully-designed public rooms that exude plenty of hygge – the Scandinavian word that describes a feeling of coziness. And decked-out for the holidays, Viking Sun is one cozy ship, even in the warmth of the Caribbean. 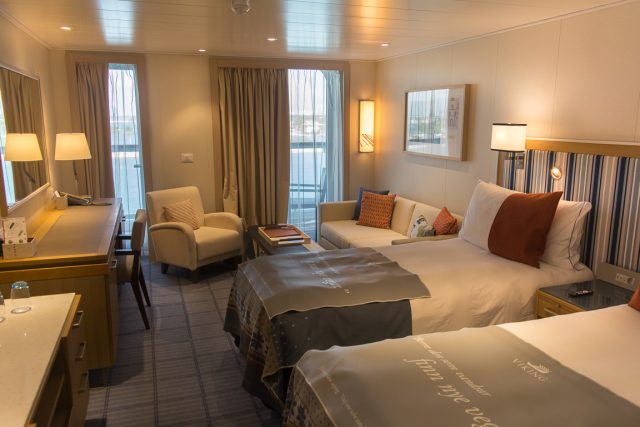 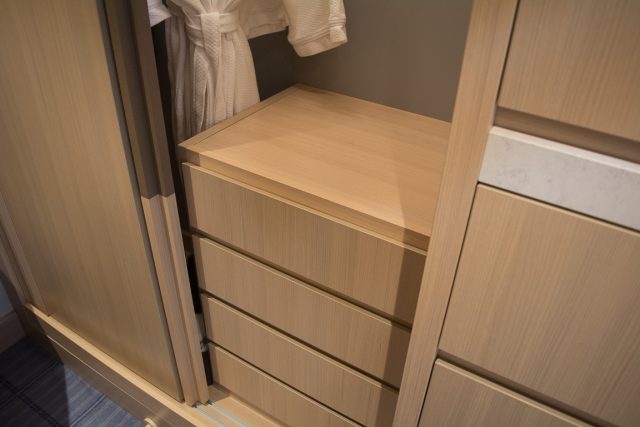 A few new touches are there to admire for those with the time to look. The most subtle is the grand piano in the ship’s Living Room Atrium, which is now painted a soothing matte black instead of the usual highly-polished variety. It actually fits in better with the ship’s overall décor.

In a nod to Viking Sun’s upcoming role as Viking’s World Cruise globetrotter (she sets sail on December 15 on Viking’s first-ever World Voyage), staterooms and suites now boast far more drawers than in the past. The increased storage is a welcome addition, and was far more than needed for a weeklong run. 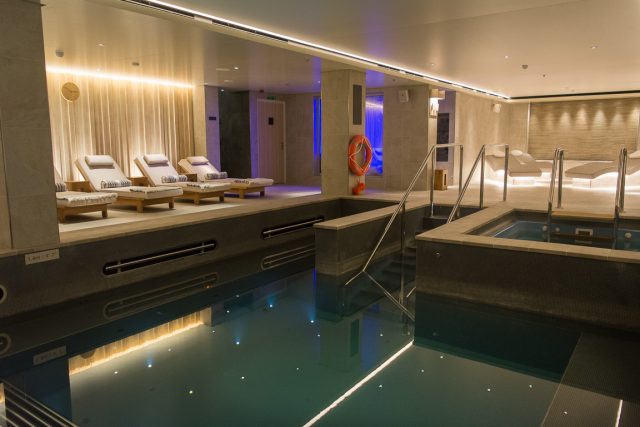 All of Viking’s oceangoing ships provide complimentary access to the hydrotherapy pool and thermal suite in the LivNordic Spa on Deck 1. Photo © 2017 Aaron Saunders

Another fun new feature: electric-assist curtains. Just grab the edge of the curtain and pull it either closed or open about half an inch, and a series of motors hidden within the ceiling will do the rest. I don’t know that opening curtains were a big stressor in my past cruises, but it’s a cool feature to be sure. 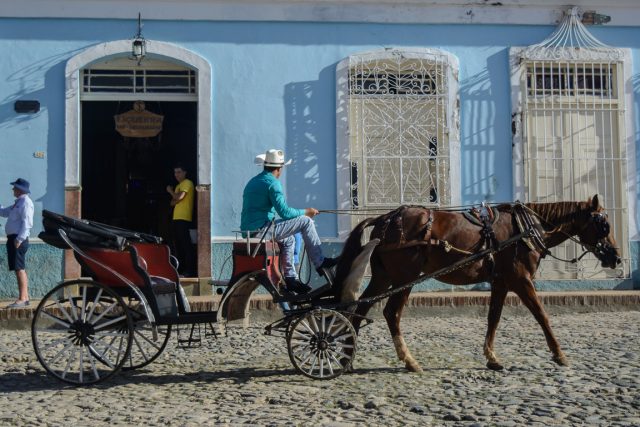 This is Viking’s last Cultural Cuba voyage of 2017. Next year, Viking Sun’s sister ship, Viking Star, offers three sailings to Cuba in November of 2018, followed by a regular program of voyages from Miami in January and February of 2019.

These 2018-19 Cultural Cuba voyages still sail roundtrip from Miami, and will still call on Cienfuegos for three days. But these drop the call in Key West in favor of spending a day docked in Santiago de Cuba, on the island’s easternmost shores. The city – the largest in Cuba after Havana – is recognized for its historic old city center, and its remarkable fortress perched high atop the seaside. A UNESCO World Heritage Site, it is one of the most widely-photographed sights outside of Havana. 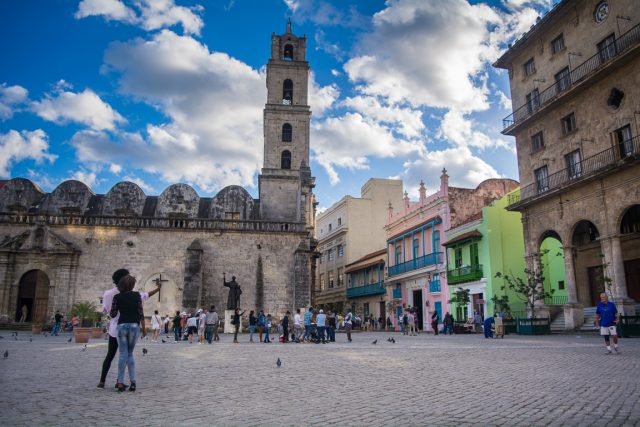 In its first sailings to Cuba, Viking has chosen a very different track from other cruise lines. Completely fitting with the line’s philosophy of providing interesting itineraries that travel off-the-beaten-path, these Cultural Cuba voyages are definitely worth exploring.

The post Our Man in Havana: A Look At Viking Cruises New Cultural Cuba Itinerary appeared first on Avid Cruiser.